Halfway through a project and the owner can’t pay the next pay application. Are you getting paid? Are you still having to pay downstream contractors? Contingent payment clauses that answer these questions provide key protections, and risks, depending on what side of the contract you are on. There are two types of contingent payment clauses: pay-when-paid and pay-if-paid.

To account for the large ramifications of a pay-if-paid clauses, Texas Business & Commerce Code § 56.001 limits the enforceability of such clauses. Section 56.003, however, provides that the protections are inapplicable to pay-when-paid only when payment is to be made within a “reasonable period”.  Thus, these protections do not apply to pay-when-pay clauses unless the clause provides such a lengthy delay, it effectively turns itself into a pay-if-paid.

While Texas generally permits pay-if-paid clauses in construction contracts, it is prohibited in contracts for:

(3)    improvements to or the construction of a structure that is a:

A subcontractor may be able to avoid the enforcement of a pay-if-paid clause if it follows the procedure set forth in §56.052.  To do so, the subcontractor must send a written notice objecting to the enforceability of the pay-if-paid clause 45 days after requesting payment, i.e. invoicing.  Such notice becomes effective based on the latest of several different deadlines—calculated from either the date general contractor received notice, or based on the deadlines provided by the Prompt Pay Act.  Chapter 56.052 of the Prompt Pay Act provides the deadlines:

(b)  For purposes of Subsection (a), the written notice becomes effective on the latest of:

(1)  the 10th day after the date the contingent payor receives the notice;

(2)  the eighth day after the date interest begins to accrue against the obligor       under:

A pay-if-paid clause is also unenforceable if it is “unconscionable.” Proving unconsionability, however, is a high hurdle under Texas law. Section 56.054 provides the clause is not unenforceable where the general contractor has exercised diligence in communicating the owner’s financial ability to pay, in writing, to the subcontractor before the contract is signed, and made reasonable efforts to collect or offered to assign its claims for payment to the subcontractor, and cooperate in collection efforts.

Finally, as a general contractor, remember an owner cannot prohibit you from including a contingent payment clause in contracts with subcontractors.

No matter what side of the contract you are on, it’s advisable to work with an experienced construction law attorney and refer to Chapter 56 of the Texas Property Code. Properly drafted clauses and accurately timed notices can make all the difference when it comes to getting paid.

An active member of ABC Houston and Vice-Chair of ELITE’s Leadership Committee, Julia Edwards joined Gray Reed’s litigation section in 2018 after participating in the firm’s summer associate program. She is often called upon by the firm’s litigators who are going to to offer her expertise on voir dire and jury selection. While attending The University of Texas School of Law, Julia received the Dean’s Achievement Award for “Outstanding Student in Construction Litigation” and served as articles editor for The Review of Litigation. She can be reached at jedwards@grayreed.com. 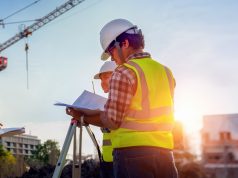 To Perform or Not Perform, That is the Question 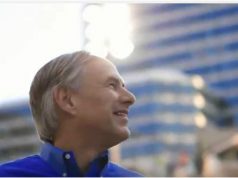