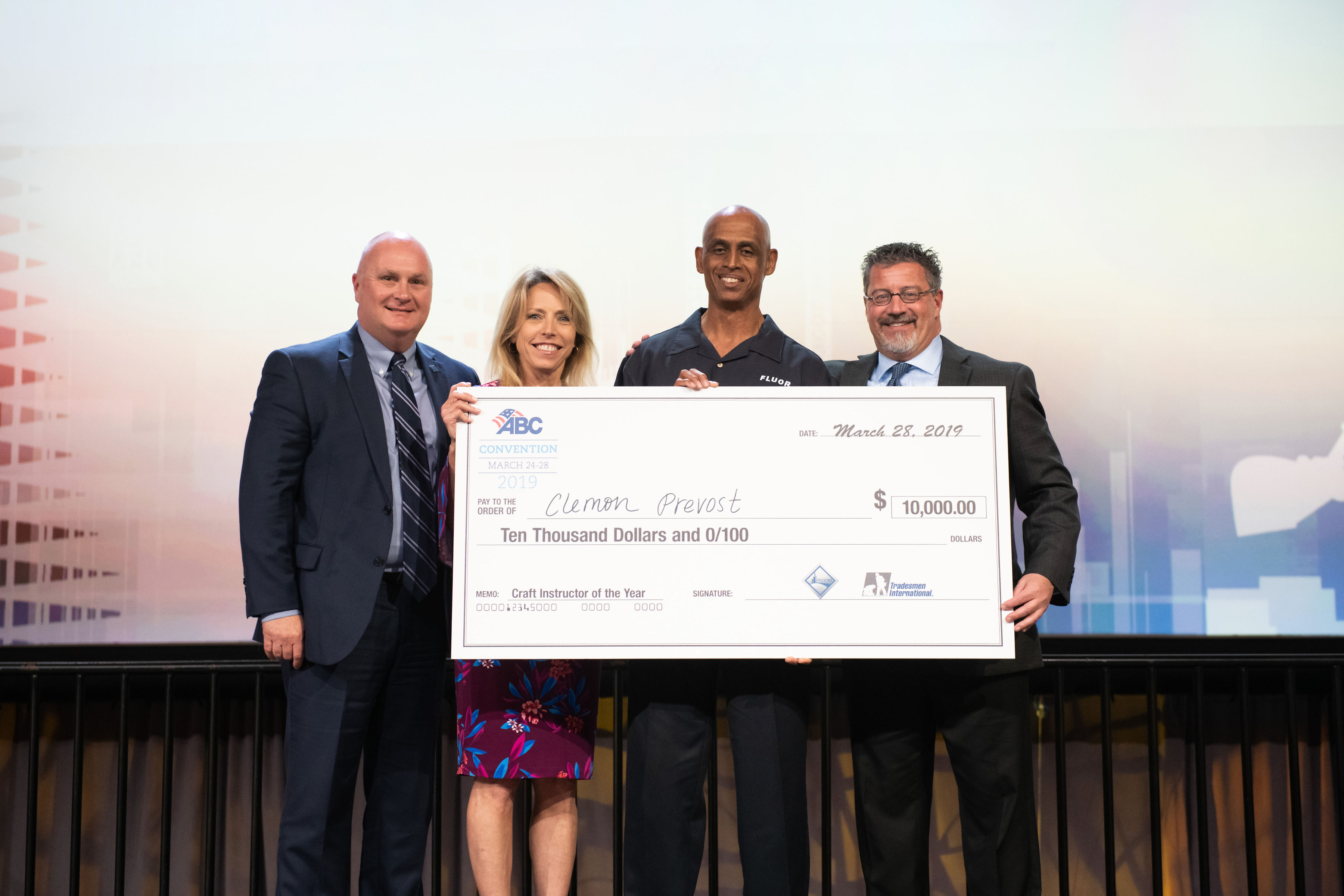 Everything is bigger in Texas – even the awards we bring home! I recently attended the Associated Builders and Contractors National Convention, an event that draws thousands of merit shop contactors from across the country. This year, the convention was hosted in sunny Long Beach, California, where the weather did not disappoint nor did the excellent job done by ABC National at putting together a top-notch week of events, learning, and recognition.

As this yearly event contractors, student chapters, and craft professionals, as well as instructors vied for top billing in their field of expertise. For the contractors, it’s project excellence and safety; for the student chapters, it’s project planning and management; for the craft professionals, it’s craft competency; and for the instructors, it’s instructional impact. The competitions are fierce and the stakes are high for all involved.

The Houston Chapter of ABC is honored to say that its members brought home awards of excellence in every competition. One competition that is always a special one for me is the National Craft Championship awards. The men and women who compete for honors in this competition are awe-inspiring. The Houston Chapter brought six craft competitors to the competition. This is not the type of competition where you just show up, turn a pipe wrench and get an award. There are countless hours of honing one’s craft, ensuring that there are no miscalculations, that safety measures are followed to the tee, and that the worksite is left in immaculate order. In addition to practical application, competitors are put through rigorous written and knowledge based testing as well. It is truly extraordinary to witness first hand. Of the six competitors from the Houston chapter, Alvaro Torres with Performance Contractors was awarded the Gold medal in Structural Welding.

Our workforce would not be what it is today without the instruction provided by men and women in the field who make it their priority to impart knowledge, wisdom and a can-do attitude to the students they instruct. ABC’s 2019 Craft Instructor the Year hails from the Greater Houston chapter. Clemon Prevost, with Fluor, was recognized as Craft Instructor of the Year for his teaching methodology, dedication to the craft, and passion centered around instructing students seeking to build their career in construction.

Each year, ABC National awards a Contractor the Year, an honor that recognizes companies for their corporate integrity, commitment to safety, professional development and expert craftsmanship. This year, ABC Houston chapter member MAREK was awarded with the Contractor of the Year award. MAREK prides itself on a top-down, bottom-up approach to workforce development and safety initiatives. MAREK’s leadership is deeply invested in developing ABC apprenticeship and craft training programs, and championing construction as a path to a high-paying, lifelong career –earning them top honors nationally this year.